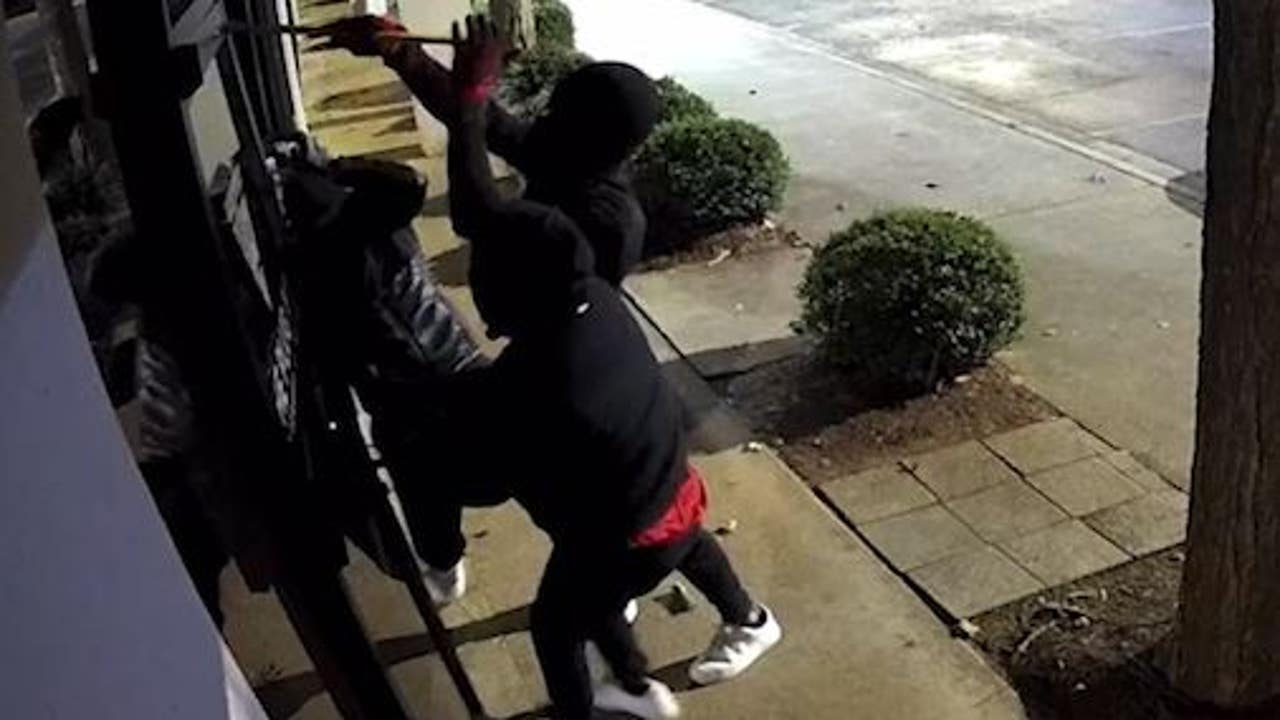 It appears that four burglars targeted The Plug ATL on November 23. The owner of the production company said criminals stole equipment, including lights, cameras and audio equipment, at a cost of over $ 100,000.

ATLANTA – About $ 100,000 of production equipment was stolen in less than five minutes, and surveillance cameras captured everything.

This theft is the latest in a series of similar attacks recently against FOX 5 production companies reported in the Atlanta metro area.

The owners of The Plug ATL said they had been at the Phoenix Business Park for about a year and a half now and had never been the victim of any kind of crime. However, last week the couple said a group of young men stole around 10 cameras, audio equipment and lights.

“He woke me up and said, ‘Oh, my god, baby, they’re robbing us,’” said owner Charlene Legend.

Dressed in black clothes, masks, and white sneakers, you can see several burglars making their way through the front door of The Plug ATL.

This happened in the wee hours of the morning on November 23.

“We’re not a huge company. We can’t afford a huge success like this and it’s absolutely devastating,” said Legend.

These thieves got in and out in minutes with a load of expensive equipment.

“They went straight to get our camera equipment. We have a fully furnished state of the art recording studio. They didn’t touch it. We had laptops, tablets, MacBook Pros all over the building, they didn’t touch that, ”she explained.

Charlene and her husband Karlief opened the production company during the COVID-19 pandemic, and they’re helping brands produce digital content.

“Considering how much we put into the community, what we do to provide access and opportunities for people in underserved communities, it really hit home,” Charlene said.

Investigators said the thieves were targeting high-priced cameras and losses so far since this summer total more than $ 3 million.

“When you think of production, it’s almost the fruit at your fingertips from a crime standpoint,” owner Karlief Legend said. “Nobody’s really looking out and checking to say, ‘hey, we’re making sure these production houses can work because nobody’s really checking to make sure things get factored. ”

It is not known at this time whether the criminals in the Legend case are linked to the other round of thefts.

“When you have projects coming up tomorrow and the day after tomorrow, the dilemma is what are you doing in the meantime? It really puts us at a standstill,” Karfield said.

Legend said it was a major setback and it would take time for them to rebuild.

The couple is now breeding money to help their small business recover from this situation.