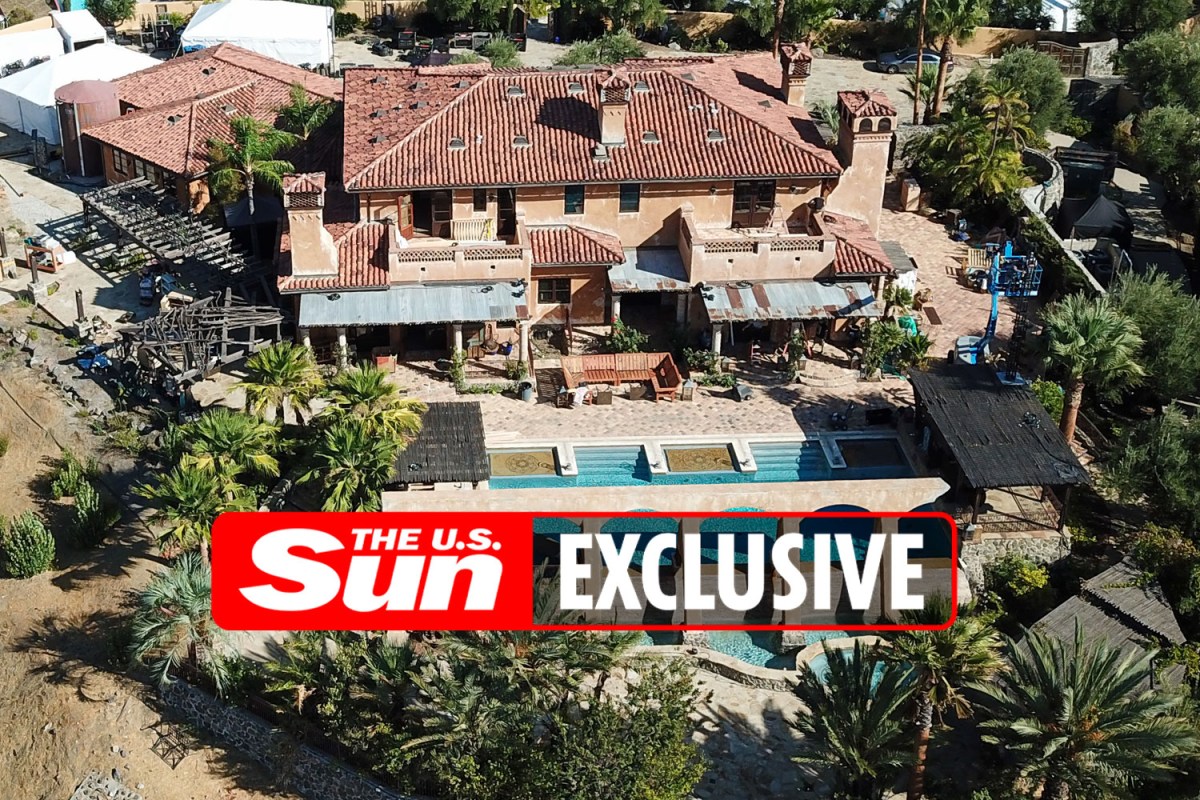 Members of the BACHELOR team are moving into the $ 4.4 million LA mansion that was used before the pandemic ahead of the filming of the next season of Clayton Echard, exclusive photographs obtained by The Sun show.

While the most recent seasons of The Bachelorette were not filmed in the luxury home due to coronavirus restrictions, many memorable contestants from past seasons resided on the property during filming.

The house is called Villa de la Vina, known to fans simply as “The Mansion”.

The photographs show white tents set up on the property, crew members commuting to work, and even cranes as they transform the house for the upcoming season of the ABC dating show.

A source told The Sun that the production team must always follow strict Covid guidelines and that the network has a rescue complex if anyone falls ill on set.

The insider revealed, “They are starting production at the Bachelor Mansion and the intention is to film as much of the season as possible there.

“But there are a lot of hoops to go through with COVID protocols being in LA County.

“They have another rescue complex that they might end up using, they literally run into new obstacles every day. But yes, the current mansion setup is for Bachelor production.”

“Also, I don’t know who the new host is yet, but now I hear it is NOT Wells.

“As reported last month, they are looking for a new permanent solo host.”

According to a previous listing on Airbnb, the gorgeous property sits on a beautiful 10-acre lot in Aguora Hills, California, located in the Santa Monica Mountains in Malibu.

It has seven bedrooms and eight bathrooms, while the house is large enough to accommodate 13 people.

🌹 Follow all the latest news and stories on The Bachelor

A luxurious swimming pool sits outside the 200-year-old Mediterranean-style renaissance house, while romantic arcades create a luxurious feel as cast members can enjoy picturesque views of the canyon, the mountains and a vineyard.

The final seasons of The Bachelorette were filmed at La Quinta Resort & Club in La Quinta, Calif., And starred Clare Crawley, 39, and Tayshia Adams, 30.

It was the first time that the ABC show had not been filmed on “The Mansion” since 2012.

HISTORY OF THE HOUSE

Entrepreneur and Marshall Group chairman Marshall Haraden and his family are reportedly living in the Agoura Hills mansion when production is not filming.

It’s also available to rent for corporate functions and conferences, and has even been listed on Airbnb for $ 6,000 a night.

“They’re here 42 days, twice a year,” Marshall told Us Weekly in 2017 of the production crews taking over the house.

He continued, “Everything leaves, everything that is not attached, it is not part of the house.

“Curtains, televisions, pots and pans, clothes – everything goes out in a day.

“And then they take two weeks to edit it however they want, and they shoot for X days, then they spend two weeks putting it back on.”

Marshall added, “They’ll paint it any color they want, whether it’s male or female – Bachelor / Bachelorette, they’ll change the pattern.

“They paint it back and forth a lot, so [in total the show has given it] about 44 coats of paint. “

He revealed that the rose ceremonies were held in his den, which normally houses a pool table and bar, while the deliberation room is actually a bedroom when cameras are not rolling.

The bachelor picked Clayton as his final leader because he is a “good, healthy Midwestern man” in the aftermath of the show’s scandals, The Sun previously revealed.

Clayton, 28, from Missouri, from the small town of Eureka, was chosen as a “last minute” decision, a source close to the production told The Sun.

“It’s a big bet with Clayton because viewers don’t even know him yet, but he’s a Midwestern gentleman the audience will love,” the insider said.

‘IT WILL CHARM THE PUBLIC’

They continued, “He’s very naïve and pure about everything about TV, he’s not an aspiring influencer like a lot of these people.

“He will charm audiences at a time when the show is in desperate need of a healthier track.”

The source went on to explain that the unconventional choice of choosing a bachelor’s degree even before their Bachelorette season aired was due to planning.

We pay for your stories!

Do you have a story for the US Sun team?