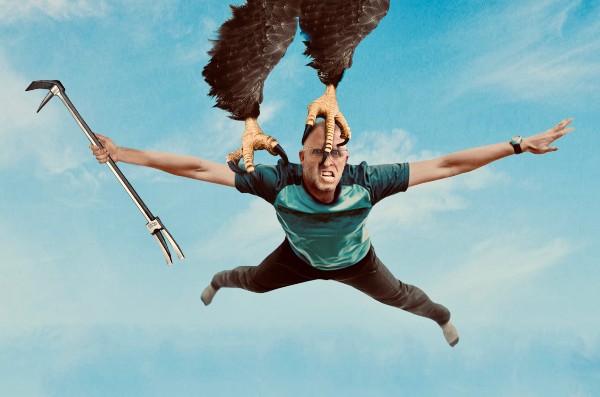 Mike Maguire – whose pedigree in the industry spans 20 years as an award-winning director and creator – launched production house Halligan.

Maguire has been on the director roster of production companies such as MJZ, Biscuit Filmworks, The Directors Bureau, Dummy and more recently Skunk. His work has been recognized at various competitions, including Cannes Lions, D&AD and The One Show.

He founded the one-man shop Halligan on the principle that austerity and minimalism pave the way for greater creativity. “I started Halligan because I wanted the freedom to do my particular brand of humor,” Maguire said, saying less budget means fewer eyes and less pressure, which allows for more creativity – and just being able to go. His approach is, “Let’s take the available budget and do something funny that people will dig into.” He has done this for clients like Bundaberg, CBS, Cobra, Comcast, Fisherman’s Friend, Hyundai, Ikea, Lowe’s, ReMax, Stok and Volkswagen.

Maguire – a former writer at Kirshenbaum Bond & Partners, NY, and associate creative director at Goodby Silverstein & Partners – knows firsthand the heartbreak of writing a screenplay that never gets produced because no one wants to champion it. From the hulking eagles snatching you off your couch to the enraged raccoon in your heating vent to the garden gnomes attacking humans – Maguire prides himself on being a champion of the weird, low-budget screenplay that other directors don’t. tail to turn. “We do a lot of these projects on shoestring budgets, but for me it’s not about how much money you can make from a job. It’s about going on set and making myself and a group of people laugh. It’s the most rewarding thing of all.

As for the choice of the Halligan nickname, Maguire explained, “My father was a firefighter in New York. For years he preached the gospel of the tool that saved his life forever. In his own words, ‘Simple. Efficient. Safe. The Halligan is the fastest way to break down a door. My dad was a shitty kind of guy, and Halligan is a shitty kind of company. So, if you have something weird that you want to do for next to nothing – if you have a lot of heart for it, but not all the money in the world – let us know.