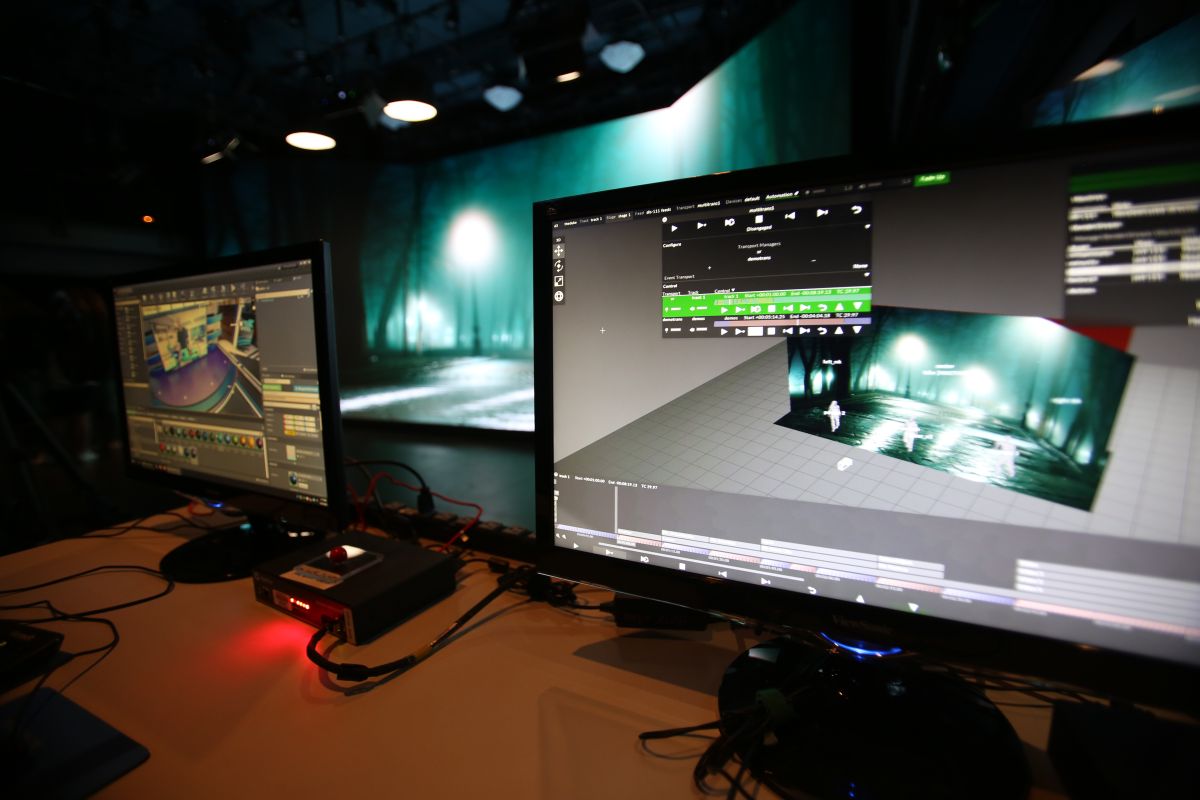 WorldStage expands its expertise in xR production with the opening of xRStage Times Square @ New 42 Studios. The company is a partnership between WorldStage and New 42, a non-profit performing arts organization that operates New 42 Studios, a collection of columnless rehearsal studios, at 229 West 42nd Street.

xRStage Times Square is the latest WorldStage LED Smart Studio location offering a production facility with a dynamic LED stage and fully immersive xR production capabilities. Extended Reality (xR) is a new production technology that combines live camera tracking and real-time rendering to create immersive and interactive virtual environments. As a pioneer in the development of technical solutions to support xR productions, WorldStage continues to expand the availability and accessibility of this new production process. To date, WorldStage has built studios in Secaucus, NJ, Nashville, TN, two in the San Francisco Bay Area, and several in trade show environments.

“As we worked with our partners at New 42, it became increasingly clear to everyone at WorldStage that both organizations should focus on the opportunity we have with this new venture,” said Terry Jackson, vice president of WorldStage lighting. “We are now able to bring a powerful production studio to the heart of Midtown Manhattan where the Broadway community and many others can explore the creative and technical advantages that virtual production has to offer.”

Already well known for its 14 rehearsal studios, ten of which occupy the full footprint of a Broadway stage, New 42 Studios has drawn clients from theater, film and television as well as performing arts companies to nonprofit for the two decades since its founding. Now, the addition of xRStage Times Square will provide these clients with new production opportunities and serve a growing list of clients keen to take advantage of advanced technologies for their projects. New 42 has partnered with WorldStage to use the LED volume for its June celebration in Times Square titled “Let’s Get This Show on the Street”.

The studio has customizable room layout options for bleachers from 64 to 140 people, as well as lounge, banquet, classroom and meeting seating. The dynamic LED stage features a 3.1mm c3ONE ROE LED back wall (19.67ft x 15.73ft) and sloped sidewalls (13.77ft x 15.73ft) for a total of 48ft. horizontal space. The studio also has an interactive 5.1mm i5Floor LED.

The studio has an integrated production booth and a ready-to-broadcast video village located onstage and, like WorldStage’s other xR production stage locations, offers a full set of cameras and videos, lighting and a complete editing, sound and webcast set. xRStage Times Square also provides all the services and amenities needed for any production, including locker rooms, green room and food court.

“In the age of the coronavirus, it’s especially important to manage and provide all the necessary services within one facility,” Jackson said. “XRStage Times Square is a unique problem-solving space in the heart of midtown Manhattan. Broadway, commercials, movies, television, corporate presentations – any production, live or recorded, will recognize the value, ease of use and flexibility. “