As soon as they shared the poster, fans called out the production house and Karan Johar. The new poster only featured Emraan Hashmi, Angad Bedi, Randeep Hooda, Neil Bhoopalam and Sanjay Dutt. Soon the comments section was flooded with a fan who wrote, “You really just cut Kangana, shame on KJo.” Another added, “Anyway…Adharma Production doesn’t deserve Kangana.” A fan also wrote, “Kangana’s hate is so visible.”

Check out the original poster here: 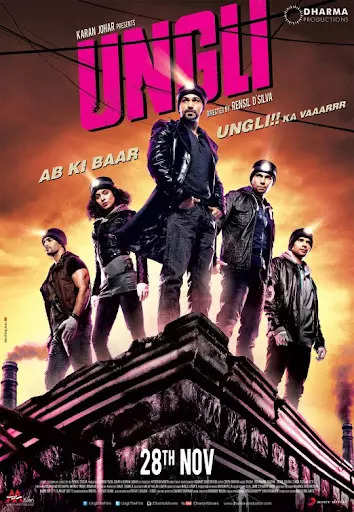 Directed by Rensil D’Silva, ‘Ungli’ marks Karan and Kangana’s only collaboration to date.

Their feud started when Kangana accused Karan of being the standard bearer of nepotism in Bollywood during his celebrity chat show. Since then, they have both lived through this cold war between them. Kangana has often accused him of conspiring to sabotage the careers of foreigners and promote child stars instead.

Meanwhile, on the labor front, Kangana will next be seen in ‘Tejas’ and ‘Dhaakad’. The actress was also roped in for ‘Sita: The Incarnation’.