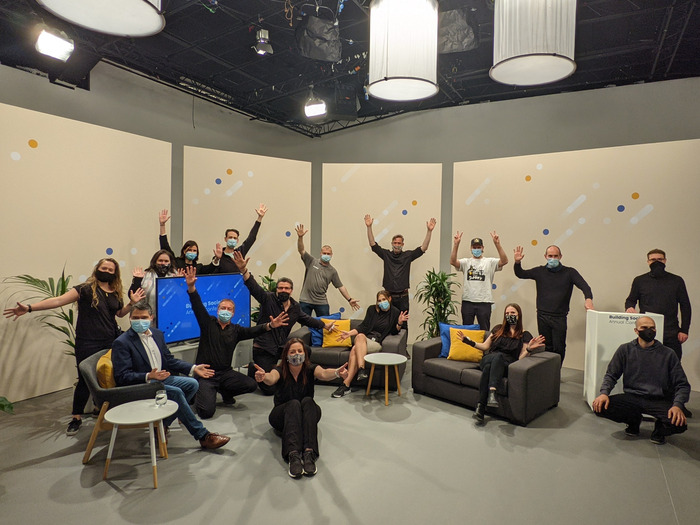 Brandfuel won the ‘Production Team of the Year’ award at the Drum Awards for Agency Business in 2021, as well as the new ‘Best Response to Change’ category. Here, the team behind the winning entry explains how they transformed their offering to thrive despite the Covid-19 pandemic.

Over the past year, Brandfuel has adapted to working in a pandemic, but no team has been more on the front lines of change than the production department. From a team of eleven people, rooted in the delivery of physical events – construction of stage sets and large-scale exhibition stands – it now includes eight experts in online events, virtual platforms and a multitude of new systems software and production techniques.

When they were once just managers – bringing in specialists to provide audio, video, camera and other expertise – they are now platform builders, vision mixers, audio technicians and encoders. of flow, managing all the technical aspects of the events.

Brandfuel has invested £ 10,000 in hardware and software to secure its future. Production quickly began to master it. Using skills such as coding, web design, videography, motion graphics, computing and networking, production has “played” on internal R&D projects to fine-tune new software and digital platforms.

They turned the Brandfuel storage facility into Fuelstudios – creating our broadcast studio, two green screen studios, and a main control room – so they could test techniques, equipment and operators during meeting broadcasts. internal company on Fuel TV. All 14 television-quality episodes were scripted, designed and produced by staff. Skills learned included vision mixing, pressure cookers and remote presentation, filming, sound engineering, management and encoding of green screen and XR scenes. One green screen project successfully replicated President Obama’s interview with Oprah Winfrey, which took place in two locations, but appeared to be in only one.

They invited suppliers and freelancers with broadcast experience to pass on their knowledge of production, visual mixing and sound engineering, and attended countless product demonstrations as new software was developed. .

Within eight weeks of the start of the pandemic, Production was ready to provide customers with a high-quality virtual event experience.

When working with remote presenters, they quickly switched from video conferencing tools like Zoom Webinar to vMix and QuickLinks to achieve the highest quality results. The speed of their conversion to digital delivery was such that Brandfuel went from a free vision mixer license to five paid vMix licenses in a matter of weeks.

The team continues to evaluate the platforms, over 40 to date, to understand features as they are added and to ensure that the platforms that customers choose for specific events are appropriate. to their goal. Otherwise, they bridge the gap.

When the platform chosen by a long-time financial client was clearly not suited to host an annual global summit, director Tom Robinson had just ten days to rebuild all of his back-streaming and video elements. end to ensure it was robust enough to deliver the quality the customer was expecting.

On another occasion, Brandfuel was working on Hopin on a project for Slack that they wanted to deliver in three languages; two weeks before the deadline, Hopin released new multilingual features, so production quickly learned how they worked.

As their experience developed, Production tried to create backup systems at all levels of delivery; for example, Brandfuel now uses Wirecast software in tandem with vMix to overcome internet connectivity disruptions in seconds, not minutes. By using pre-recordings or sending quad sim mobile uplinks to speakers to improve internet stability, Production has learned to minimize risk to customers.

At the heart of the production team’s work has been the emphasis on health and safety. First of all, they safely deconstructed our office and made sure everyone had equipment for remote working. They then learned how to safely host virtual events, maintaining Covid disinfection protocols, for example, when sending audio and video kits to speakers around the world. At the start of the hybrid events, production ensured that the studios could be set up and managed under the constraints of Covid. Now that office work is gradually returning, production is rewriting and applying protocols to keep safety at the forefront of Brandfuel’s work.

Brandfuel has organized 60 virtual events on 18 digital platforms, with which Production has become an expert, integrating more than 1,000 speakers around the world. We are continually driven by our clients to go even further, using innovation and creativity to deliver the wow factor that makes events stand out. We have produced awards ceremonies, barbecue masterclasses, lectures, virtual exhibition booths, dinners and huge charity events.

After understanding the limitations of other platforms, Production developed Fuelstudios Air, which offers more potential for bespoke designs and includes special features such as “audio watermarking”.

In addition to rebuilding the backend of a platform for a customer in ten days and leading the creation of our Fuelstudios Air platform, Tom is now leading the development of a huge platform for a mainstay customer in order to organize two major global events, one of which will have up to 20,000 registrants online.

Digital production has become so fundamental to Brandfuel that Tom has been promoted to production manager and digital manager, to help us deliver the increasingly complex virtual projects that we believe are here to stay.

One of our biggest accomplishments was the first virtual BGC Charity Day, held to commemorate over 650 of their colleagues who were killed on September 11. We had worked with BGC Partners for 14 years, but eight days before the annual event they decided to go virtual.

With banking IT notoriously blocked, especially when it comes to firewalls, we needed innovative solutions to do justice to this huge fundraiser. Previously, celebrities would come to BGC’s offices in Canary Wharf to make phone calls with BGC Partners brokers and clients, sealing huge deals.

This time, our production team came up with a virtual solution that connected 21 BGC clients to 18 celebrities around the world via videoconference at scheduled times, capturing interviews and producing a live microsite that was broadcast to BGC employees throughout the world. international scale.

The celebrity-client calls have worked wonderfully. BGC Partners welcomed the new privacy of face-to-face calls. Not only did Charity Day raise $ 10 million in one day like in previous years, it also won the award for best fundraiser for a digital event.

“Brandfuel has embarked on a journey of immense change. What we have accomplished over the past 12 months has been monumental. Virtual has become our daily bread and we organize virtual events every week. We should all be proud of this because our initial core work in R&D, building our own platform, testing new technology and not being afraid to try things got us where we are. are today. Tom Robinson, Production Manager and Digital Manager at Brandfuel

“The working relationship with Production has never been as close as it is today. As project managers, the past 16 months have challenged us to the unthinkable with almost everything going virtual. It took away a lot of our control over a project as we relied a lot on technology to make the event a success.

“Having a reliable pair of hands in the back-end of the pre-recordings, while I’m in the front-end to make sure things are running smoothly on the client side, reinstated the feeling of being and” family on site ”. It really takes a well-rounded team from both sides and from all angles, which wouldn’t be complete without the Brandfuel production team. Alice Barry, Project and Events Coordinator