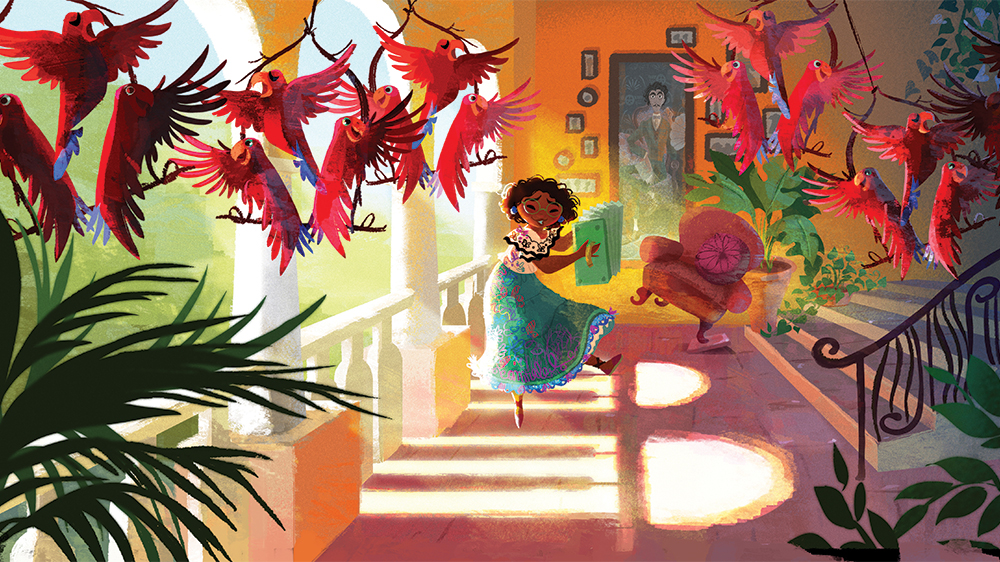 Disney Animation’s latest feature film, “Encanto,” focuses on the extended Madrigal family, who possess magical powers and live in an enchanted house. Only the teenager Mirabel, dubbed by the actress of “In the Heights”, Stéphanie Beatriz, does not have the gift of incantation.

The film, which hits theaters on November 24, is rooted in Colombian culture. So filmmakers Byron Howard and Jared Bush traveled to Cartagena and Bogotá to study details that would capture the essence of the country. Howard says, “We visited Bogotá, Cartagena and small towns like Barichara, Salento and Palenque and stunning natural sites like the Cocora Valley, and spent time with Colombian families.”

Howard and Bush also discovered secret forests and magical places called ‘encantos’, which helped storytellers, including Charise Castro Smith, bring the Latin experience to the feature film and firmly root the story in magical realism. . According to Howard, “These are all over Latin America, usually in areas of natural wonder. Our friends in Colombia have told us that magic happens in these places and always has. But not European magic, not wizards and wands, but magic linked to emotion and part of a tradition called magical realism.

The touches of associate production designer Lorelay Bove were more inspired by Colombian houses. “We added accessories that one would find in a Colombiana cocina – like a molinillo, which is a hot chocolate stirrer; a corn mill; and the traditional clay pottery called La Chamba.

Bove and the artistic team wanted to make sure the house radiated energy and vibrancy. “We looked at different ways the house could move and we thought, ‘What if the stairs move like a shelf? ” “, she says.

“The only thing the directors said was that there had to be truth in the materials,” Bove adds. “They didn’t want to bend wood or metal; they always wanted to make it believable. The spaces inside the house reflected the people and their powers. This meant that the non-magical Mirabel room was rather simple.

In comparison, his cousin Antonio, voiced by Ravi Cabot-Conyers, can communicate with animals. Bove gazed at Colombia’s coastline and consulted with botanists to reflect the natural landscape in the decor of his room, filling it with greenery and native animals, including a jaguar and a few toucans and capybaras.

For each character, Bove incorporated elements of Colombian folklore as well as allusions to their personality.

For example, the youngest daughter Luisa (Jessica Darrow), who has superhuman strength, has images of dumbbells embroidered on her traditional skirt. The designer also used specific colors and patterns to differentiate each of the costumes. “We wanted to make sure we organized families through distinct color palettes, to make sure our audience could track who is who and which member is on each side of the family. The Mirabel family has cooler tones in their clothes, while Aunt Pepa [Carolina Gaitan] and uncle Félix [Mauro Castillo] have warmer color palettes.

Additionally, the studio’s 60th animated feature film includes eight original songs by Lin-Manuel Miranda, who also ensured that the music for the film was infused with the music of the country.