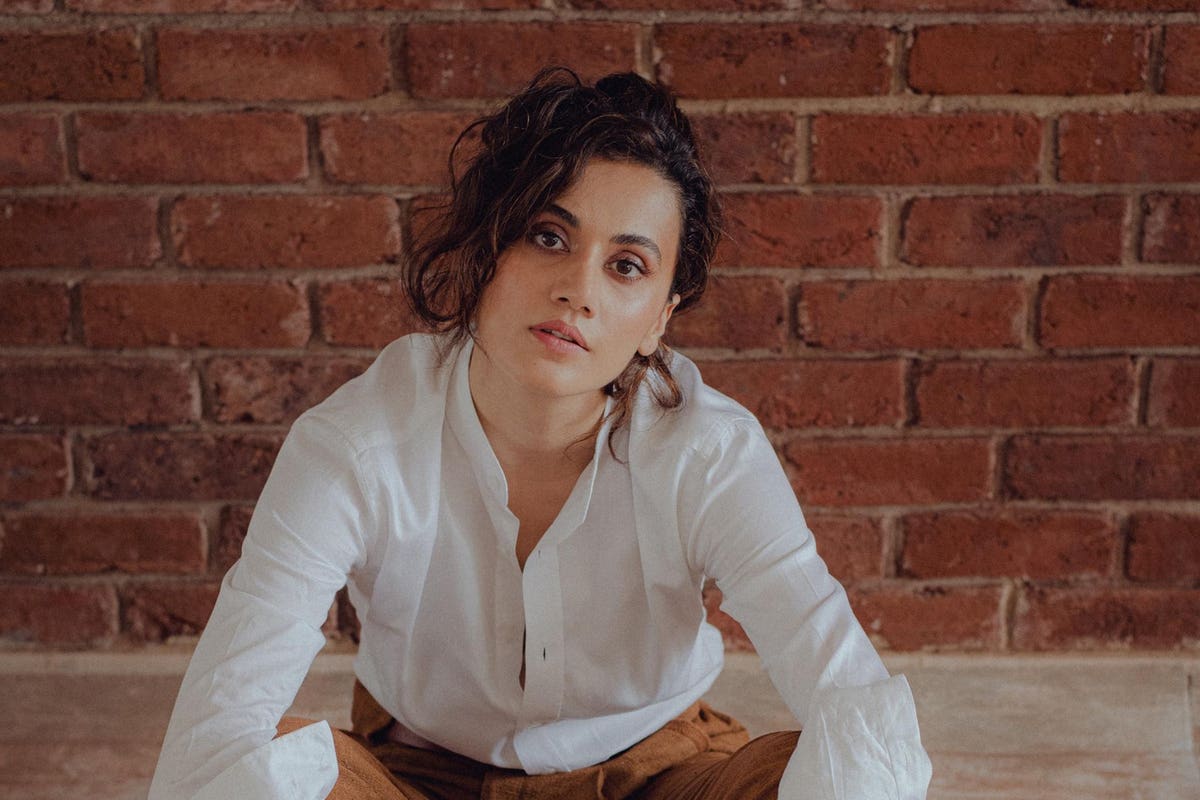 Indian actress Tapsee Pannu recently announced the launch of her own production house, Outsider Films. Most recently seen on Netflix Haseen Dilruba, the actor-turned-filmmaker explains how she plans to get things done on a new front. The 33-year-old actor now has a badminton team, a wedding agency and a production house.

Taapsee Pannu is eagerly awaiting the release of some of the most anticipated films of the year in the Hindi film industry, including sports dramas Rashami rocket and biopic Shabaash Mithu, based on Indian cricketer Mithali Raj.

In an interview, she talks about her new production house Outsider Films, what prompted her to start her own production, how she hopes to continue producing her genre of films and more. Here are some excerpts from the conversation:

Tell us about the germination and completion of your last business venture.

Honestly, the germination came mainly from the people I worked with for a while. I never feel like I’m one of the best actors or anything like that, but I do feel like a keen, quick learner. When I’m on sets, I have my radars on and I want to learn everything, not just my job but also other stuff around – how to make things run smoother. Most of my producers have repeated me (in their projects), maybe they considered me pretty good. The people I worked with felt that I am a friendly actor with the producers and if I become a producer it will be good. However, I laughed at it. Production is hard work, it’s so much responsibility that I never took it seriously. Until I started to notice that there are a lot of male actors who become producers, and they opt for profit sharing, instead of taking all the jobs involved in production. It was something that was already happening and these people were already doing it.

However, I realized that there is so much more to the production. I have worked with producers who made my life as an actor a lot easier because of the way they handled the production of their films. I wouldn’t want to name it, but there were times, on set, I felt like “it’s not really done well”. And then there were times when I felt it had been so good and the hardest things were so good and smooth. I realized how important it is for everyone to have a comfort zone, and that is provided by the producer. It is difficult but important work.

I realized that I couldn’t do everything while taking action. My brain would be busy with my performance. Other actresses do, but they have someone in the family to take care of things and help them run the show. No one in my family even remotely knows the cinema. So I thought, “This might not be my cup of tea.” And then I met Pranjal Khandhdiya. He was representing Sony Pictures when we were working on Soorma. We got along really well and he got the idea. He asked me if I wanted to be his partner. It was obvious to me because I knew he had the expertise and the sensitivity to run the show. I may not have contributed as a producer, I don’t have that kind of experience, but maybe I have a knack for choosing things. I was able to help with the creative department, in the choice of films. People know me from certain types of films and I would like to continue making those kinds of films, even as a producer. Not just as the person who shares the profits but also who will run the show.

How are you handling the finances of this new trip?

For the production you have to put a certain amount of initial money, for the development of the project. We were lucky. My first film, which I am co-producing, and for which I am currently at Nainital, I first joined as an actor. It was much later that I arrived as a co-producer, the studio entered the scene and the director was hired. Little development costs were spent on the first film. When a studio is on board, the cash flow is fluid.

We haven’t reached the stage where we want to do something and then go to the studios to sell it. Right now, we’re going to get the stakeholders to make a deal and then a studio on board to make it easier to manage the finances. Later we will get to the stage where we can create our own product and then bring it to platforms or studios.

How will being an actor influence the decisions of producer Taapsee Pannu?

The sensitivities remain the same, as they are as an actor. I always undertake a project based on the fact that it will sell a ticket, that people will spend money on it. Or is it just something I want to do to satisfy my creative juice? I don’t normally make films that can be considered a classic ten years later. I choose hot topics, I choose stories that are worth people’s time and attention, issues that are affecting people right now; and those who will entertain you. It should be something that will hold your attention for two hours. It’s fun for me. The same criteria would apply to the production of films. For now, I don’t think anything else will influence my decisions. There will be so many films that I won’t be in, but will only produce.

Will there be a time when market demands will affect your movie choices?

For me, it’s always a question of whether the film is worth the audience’s time and money. I never decide on the basis of films. I don’t know art, I haven’t studied it. This profession (filmmaking) has room for all kinds of backgrounds. There is a section that focuses on art and creating classics that remain relevant ten years later. My criteria for choosing films may change because current topics change, the way I think as an audience changes. But, it will never be because I want to serve different or larger masses, or, for that matter, classes.

(The conversation has been edited and condensed for clarity.)