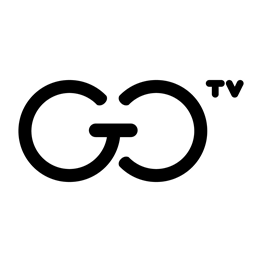 “The Jay & Tony Show”, founded by Jay Blumenfield and Tony Marsh, is an award-winning production company that has been creating and developing groundbreaking content since 2001. The company has designed and produced a wide variety of original and critically acclaimed television series . like THE CHELSEA HANDLER SHOW (E!), MEET THE NEW BRIDES (ABC), RESTAURANT STAKEOUT (Food Network), TOURNAMENT OF Laughs (TBS), THE AMERICAN INFLUENCER AWARDS (YouTube) and many more. The acquisition comes as Madison continues to grow its TV channel base with the goal of eventually expanding to 100 TV channels nationwide.

While “The Jay & Tony Show” will continue its core business of creating and producing innovative and disruptive programming for third-party networks and platforms, it will also bring a creative team to Madison to complete the OTA distribution of GO.TV – creating and aggregating content for nationwide distribution with the ability to reach all viewers.

“With little to no technological change in over a generation, the broadcasting industry today is on the verge of dramatic upheaval as disruptive new technologies prepare to be deployed, enabling OTA mobile viewing. and other major breakthroughs, ”said Philip Falcone, Founder and CEO of Madison Technologies, Inc. “The OTA market represents a huge untapped opportunity to create unique content, develop channels (networks) and improve Madison’s value for shareholders and the public.

Blumenfield and Marsh, who will be named co-CEOs of the new Network group, will be responsible for all content, including the development of an OTT platform and networks being planned. Blumenfield said, “With the added resources of Madison Technologies, we are excited to energize development, continue to deliver compelling content and create an unprecedented network group. “

“This is an exciting time for our business,” added Marsh. “We can’t wait to see what Madison Tech and ‘The Jay & Tony Show’ accomplish together.”

Madison Technologies, Inc. (Go.tv) is a broadcast and television production company building a distribution platform to take advantage of the changing media landscape. The company’s strategy is to continue its plan to acquire television and production stations with the goal of creating one of the largest and most comprehensive OTA content distribution platforms, distributing both third-party content. and nationwide owner.

On THE JAY & TONY SHOW

The Jay & Tony Show is a prolific, award-winning production company that has been creating groundbreaking content since 2001. The Jay & Tony Show’s reputation and industry-wide relationships are second to none. The company has created and produced a wide variety of original, lucrative and critically acclaimed television series such as The Chelsea Handler Show (E!), Here are the bride and groom (ABC), Establishment of restaurants (Food network), Laughter tournament (TBS), The prices of American influence (YouTube) and many more. The Jay & Tony Show is also known as best-in-class creators in the forward-thinking premium space, having created and produced long-running series like Gigolos, Sex with Sunny Megatron, andFamily Business.