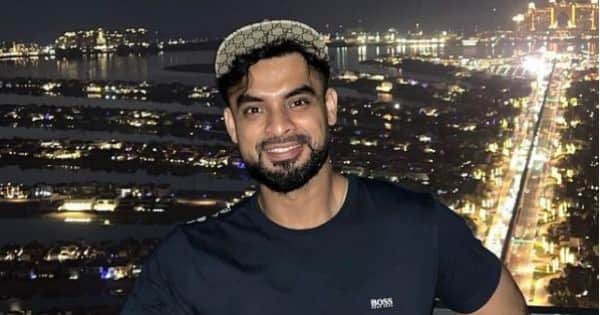 Tovino Thomas was a big name in the Malayalam film industry but the actor became a pan-Indian star after his film Minnal Murali received a fantastic response. The movie got an OTT release on Netflix last year, and aside from Malayalam, it was released in different languages â€‹â€‹like Tamil, Telugu, Hindi, Kannada, and English. Now here’s some exciting news for Thomas fans. The actor has teamed up with a major production house for a multi-slate deal. He partnered with Yodlee Films. Tovino Thomas Productions and Saregama’s Yodlee Films will jointly produce films and web series in Hindi and Malayalam. Also Read â€“ Trending Celebrity Photos of the Day: Janhvi Kapoor Stuns in Her Sportswear; Karanvir Bohra broke up with Teejay Sidhu and his daughter

Yoodlee Films posted on Instagram: “We are thrilled to announce our partnership with superstar Tovino Thomas for a multi-slate deal to co-create genre content in all languages â€‹â€‹and formats that will keep you hooked to the edge of your #Wolfpack seats, it’s time to strap in, we’re cooking up some delicious content just for you @tovinothomas. Also Read â€“ Trending South News Today: Yash’s KGF 2 set to break RRR record, Acharya’s Karnataka distributor wants compensation

According to IANS, Siddharth Anand Kumar, Vice President, Films, Saregama India, said in a statement: â€œTovino Thomas is a pan-Indian success story. Whether it’s his incredible acting prowess in a cultural phenomenon like ‘Minnal Murali’, or honed instincts as a producer, he’s someone who creates content for posterity and we share that vision as well.” Also Read â€“ Doctor Strange 2 box office day 1: Benedict Cumberbatch starred for stunning Rs 30 crore+ opening but will fall just short of Spider-Man

â€œOur goal is not just to succeed, but to define genres, set standards and innovate. He is the ideal collaborator with whom we would like to co-create content, whether for OTT platforms or the big screen. Tovino also represents brave cinema in the Malayalam industry and we couldn’t be more delighted to have him on board,â€ he added.

Meanwhile, Tovino Thomas will be seen in movies like Vaashi and Thallumala. The former stars Keerthy Suresh in the female lead role.