The companies are both part of the Eleven Group, and the newly expanded Neo Studios will complement Eleven’s live sports offering, with sports documentaries and other on-demand content.

Neo was launched by the parent company of Eleven – sports and media investment platform Aser Ventures – in 2018.

His first project was Leeds United – Take us Home (pictured above) for Amazon Prime Video, which charted the club’s return to the Premier League during the 2018-19 and 2019-20 seasons. 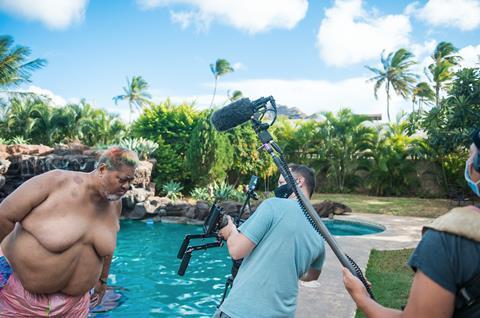 Last year, Neo told the story of four Hawaiian sumo wrestlers who traveled to Japan to become legends of the country’s national sport on the critically acclaimed three-part show The Giants (pictured above ) for Rakuten TV.

Eleven acquired Team Whistle in 2021. Whistle Studios specializes in the development and production of scripted, unscripted, animated and live-action formats. His recent productions include the Emmy-winning documentary series Prideland for Benedict Men, nominated by PBS and NAACP, a documentary series made in partnership with NBA star Stephen Curry and Unanimous Media.

The Neo and Whistle merger unites both studios’ network of relationships with some of the world’s greatest talent, sports teams and federations.

As part of the Aser Ventures group, Neo has very close ties to Premier League club Leeds United and a roster of teams and stars affiliated with Aser’s media, marketing and talent agencies. Meanwhile, Whistle Studios has a proven track record of working with some of the biggest names in American sports.

Neo will now focus on developing new formats across the entertainment spectrum, with a particular focus on sports. He is currently working on releasing the six-part documentary series Legacy: In The Shadow of Greatness with Discovery+, which will trace the journeys of three young athletes and their legendary parents Dwyane Wade, Evander Holyfield and Randall Cunningham.

Neo is working with 11-time Emmy Award-winning filmmaker Jonathan Hock on the show, which premieres March 8.

Neo is also developing a new format called The Academy, which will follow young athletes hoping to fulfill their dreams of turning pro. They have already partnered with the NFL Alumni Academy, with ongoing discussions with a number of European football clubs.

Anouk Mertens will lead the company as global CEO. NEO’s US team will be overseen by Emmy Award-winning Melanie Capacia Johnson (General Manager of Neo Studios US) and Jill Johnson (Head of Entertainment at Neo Studios). Neo’s European operations will be led by Jimmy Rutherford (Director of Content) and Jonathan Gale (Director of Business Development).

Anouk Mertens, CEO of Neo Studios, said, “Combining our strengths with the talented team in the US allows us to expand our capabilities and operate on a truly global scale. As part of The Eleven Group, Neo will be able to leverage our unique partnerships with talent, athletes, and leagues to tell powerful, never-before-seen stories that truly connect audiences to their passions.

Marc Watson, CEO of Eleven Group, added: “The newly expanded Neo Studios will be an integral part of Eleven Group and give us the opportunity to complement a compelling live sports offering with more award-winning on-demand content. Neo’s best production services will also empower us to provide rights to partners and distributors around the world. »