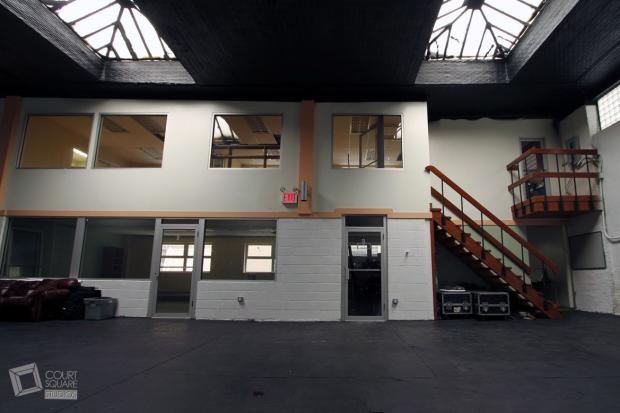 Court Square Studios offers video production and post-production services and rental of studio space in a building located at 21-38 44th Rd., Near 23rd Street, which once housed a construction school, according to the director Mauricio Arenas.

“We didn’t target Long Island City – it just happened,” Arenas said. “I had a studio next door and it just so happens that this building has become available, and we jumped at the idea.”

Arenas started the operation with two longtime friends Jenny Bousquet and Hernan Guerrero from his home country, Chile. All of them have ten years of experience in the film industry.

“We realized that Long Island City is a great place to have a movie studio,” Bousquet said. “It’s one of New York’s most prolific neighborhoods for movies.”

The studio offers production services, including lighting, sound design and editing, and the space is also available for hire for other production companies to use independently.

It includes 3,500 square feet of raw studio space for filming, commercials, photos or music videos, which rents for $ 1,000 per day, plus four additional rooms that can be used for safekeeping. dress, makeup or classrooms.

“It could also be used as a rehearsal space,” Arenas said of the site. “Anything to do with the arts or entertainment.”