PowerHouse visual effects Further expands its team with the addition of VFX Supervisor Alan Precourt, who joins the company after a two-year tenure at Blue Sky Studios. The VFX house also welcomes production manager Caitlyn Tomasik, who has produced for PowerHouse as a freelance for the past six months.

â€œAs we continue to grow and expand, the addition of Caitlyn and Alan will bring invaluable experience to our team,â€ commented PowerHouse VFX executive producer Ryan Cunningham. “Each demonstrates the core values â€‹â€‹of our company as well as a great relationship with the visual effects community.” 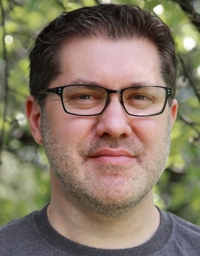 At Blue Sky, Precourt has lent his artistic eye and extensive technical expertise to projects such as Spies in disguise and the feature film project, Nimona. He began his career after studying film production at UCLA working on film crews; eventually, he combined his understanding of production with his love of computer programming, which led him to work on Richard Edlund Boss Movies then on Digital Domain while the VFX are running for Titanic was in full swing.

Since then he has split his time between VFX and CG animation work at many industry-leading companies including Walt Disney Company, DreamWorks, Sony Pictures Imageworks, Weta Digital, Rhythm & Hues, and FuseFX.

â€œAlan is a perfect addition to our team,â€ said Ed Mendez, Senior Visual Effects Supervisor / Creative Head of PowerHouse. “It’s rare to find someone with their combination of on-set experience, live-action production, expertise in the art of animation that Blue Sky has done so well, and a deep understanding of the type. VFX workstation that PowerHouse is known for. We are obviously very happy that it is working with us. “ 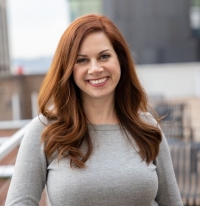 â€œPowerHouse VFX is a bundle of great talent,â€ noted Precourt. â€œThey have a reputation for establishing a high quality bar and exceeding expectations, while fostering a talented team with a dynamic spirit. This is a unique place with a great future – a place that I am delighted to join and to push the boundaries of what we can accomplish together in the service of art and to achieve the vision of our clients. “

Originally from the Dallas / Fort Worth area, Tomasik learned post-production and visual effects at facilities in Dallas, Reel FX and Post Asylum. She moved to New York, “… to be closer to the action”. The wonderful Mrs. Maisel and Fear the living dead.