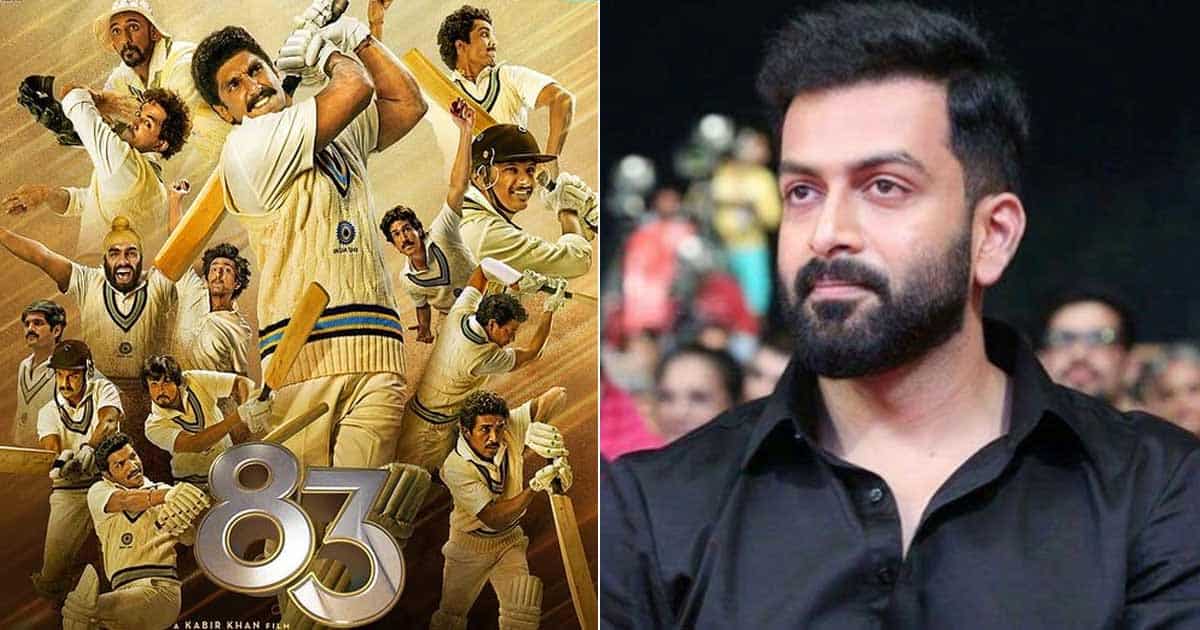 The Malayalam version of one of the most anticipated films of the year, 83, based on India’s historic 1983 Cricket World Cup victory, will be presented by Prithviraj Productions of actor Prithviraj Sukumaran in association with Reliance Entertainment.

In a statement, actor Prithviraj said: “’83’ is a true story of the Indian cricket team’s greatest triumph of 1983. It is a gripping story that must be told and I am proud to present the one of the most anticipated films across India and the rest of the world.

Kabir Khan, director and producer of the film, said: “We are honored to have Prithviraj Productions on board and to support the release of the Malayalam version of ’83’. The film has a pan-Indian connection and with support from Prithviraj it is sure to appeal to local audiences.

Deepika Padukone will be seen in a cameo, playing Romi, Kapil Dev’s wife, in the film set for release on December 24.

Must read: Will Mouni Roy and Suraj Nambiar get married in a destination wedding in Dubai or Italy? Exciting Deets Inside

Be part of our community to get the latest Tamil cinema news, Telugu movie news and more. Stick to this space for the regular dosage of anything and everything entertainment! While you’re here, feel free to share your valuable comments in the comments section.