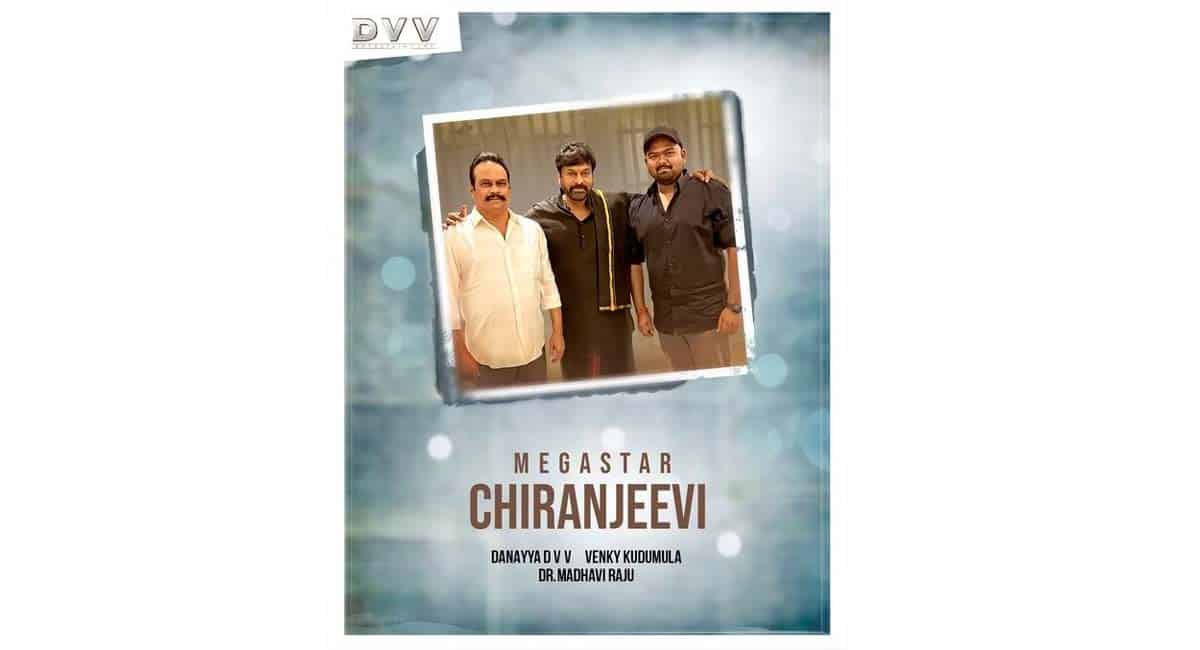 Hyderabad: The main telugu production house DVV Entertainment, which has funded the upcoming “RRR”, will collaborate with director Venky Kudumula on his next project.

The directors announced a film starring megastar Chiranjeevi on Tuesday. Tentatively titled “Chiru156”, the film is to be directed by Venky Kudumula, known for “Chalo” and “Bheeshma”.

The director of ‘Chalo’ had told an interesting script to Chiranjeevi, to which he gave the green light. DVV Entertainment will fund this upcoming cinematic adventure.

Quoting the tweet from DVV Entertainment, Venky Kudumula wrote, “Opportunities like this once in a lifetime! Thank you @KChiruTweets Sir for giving me mine.

“Your confidence in me and my admiration for you will make me work to the best of my ability. Thanks @DVVMovies and Dr. Madhavi Raju Garu for funding this! ‘Bheeshma’ director wrote.

Chiranjeevi, meanwhile, awaits the release of his film ‘Acharya’, as he shoots for ‘Godfather’, ‘Bhola Shankar’ and another film.