Sanjay Dutt, in a recent interview, said that Bollywood has lost the manliness of the heroes they were known for. South Indian films like BahuBali and Pushpa were hugely successful then and these films centered on the heroism of heroic roles. In the Hollywood season, veterans like Denzel Washington, Kevin Costner and Mel Gibson enforce heroic rules that add to that little gap that Bollywood lacks. He also said that the “golden age of heroism” simply cannot die in Bollywood if it exists in Hollywood and the South. So he starts this production company to find those days of heroism.

the production house includes the directorial debut of Siddhant Sachdev’s horror-comedy The Virgin Tree. This film will feature newcomers. The rest of the films under the banner include the planned family drama. They also include action films with new actors with “the mature man as the hero”. 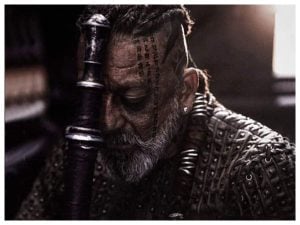 The veteran actor already has an immense experience of 4 decades in the Bollywood industry. He’s had a lot of ups and downs throughout his career with breakups, controversies, drug addiction, and even terrorism charges. He even served prison and his life was also transformed into a successful Bollywood cinema. He recently saw in Bhuj the pride of India. 2022 is also a big year for the 62-year-old actor. With movies like Kgf-2, Bhramaastra and Samsheera slated for release this year.