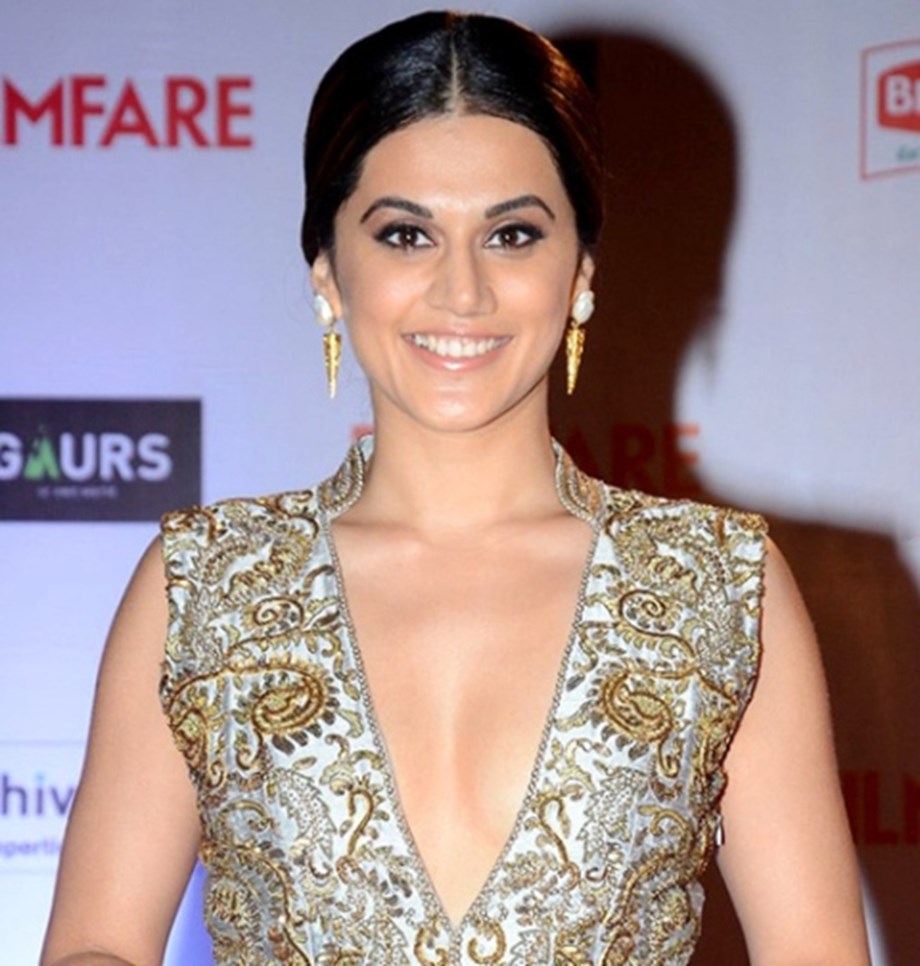 Actor Taapsee Pannu announced on Thursday his first feature film ” Blurr ”, which will be released under his Outsiders Films banner.

Pannu, who announced the film on Twitter, said she supports the project with Zee Studios and Echelon Productions. And here’s the first one from the slate. The cold to match the thrill! #BLURR! @ZeeStudios_ #OutsidersFilms and @echelonmumbai come together for top-notch thriller. Directed by #AjayBahl, ”she wrote.

Pannu, known for her critically acclaimed performances in Hindi-language films such as “Pink”, “Mulk”, “Manmarziyaan” and “Thappad”, has teamed up with producer Pranjal Khandhdiya to launch Outsiders Films.

In an interview with PTI, the 33-year-old actor said the decision to go into film production was organic.

“I was very sure that management is not my cup of tea. The production was something that I thought I could achieve. Being an actor, I love to act, I couldn’t take my attention away and focus on something else when I was on a set.

“So the day I have a partner who could handle the groundwork, while I focus on my acting work, that’s when I partner up and start production. That’s when Pranjal came in, ”Pannu said.

Khandhdiya has been producing movies like ” Super 30 ”, ” Piku ” and the next actor ” Rashmi Rocket ”.

Pannu said she was excited to expand her horizons as a producer.

“I didn’t think twice when Pranjal asked me if I would like to partner with him. And from there, I really never got stressed by the practicality of things and I jumped in. looking forward to this new producer label. ”The actor said she started the production house with the intention of championing projects she firmly believes in.

One thing that Pranjal and I have maintained is that I will only produce the kind of films that I will be a part of. It doesn’t mean that I have to be a part of every movie I produce. It means that the kind of movies I’m going to produce are the ones that people know me as an actor for. “That continuity and consistency will be there because I can’t give a film the green light unless I believe I’m an audience for it,” she said.

The Delhi-born actor also said Outsiders Films was a fitting name for his production house.

“Pranjal and I both come from humble backgrounds, that’s when the name Outsiders Films clicked with us. We aim to produce meaningful, entertaining and quality content,” she added. .

The actor has a series of films coming up, including Hindi titles “Loop Lapeta”, “Dobaaraa”, “Shabaash Mithu” and a Telugu film “Mishan Impossible”. She was seen more recently in Haseen Dillruba.

(This story was not edited by Devdiscourse staff and is auto-generated from a syndicated feed.)