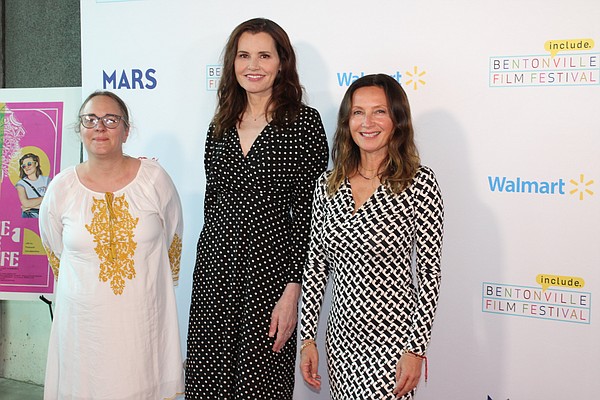 BENTONVILLE – The Bentonville Film Foundation announced on Tuesday the formation of a new production company.

Bentonville Way Entertainment will continue the nonprofit foundation’s long-standing mission of advocating for women and inclusive voices in film and provide artist support and resources to historically under-represented communities, the statement said.

The company will also offer local production resources in an effort to further strengthen the foundation’s footprint in the state’s creative economy, as the supported films will be produced in Arkansas to the extent possible, the statement said.

“We are delighted to be able to further the outcome of our mission by not only amplifying these voices across the festival each year, but also by supporting the production and distribution of inclusive content,” said Geena Davis, President of the Bentonville Film Festival . “This will help create avenues of change in the industry for our alumni,” she said.

The foundation produces the Bentonville Film Festival each year. The seventh festival ran from August 2-8 with 78 in-person and online films focusing on the under-represented voices of various storytellers.

Bentonville Way Entertainment will feature “Buddy”, https: //www.nwaonline.com/news/2021/aug/31/bentonville-foundation-launches-film-production/ “Has Been Beauty Queen” and “Dealing With Dad” like his inaugural films, depending on the release. All are created by former festival participants.

“Buddy” is written by Luke Thomas and will be directed by Amber McGinnis, according to the release. The film will tell the story of an elderly father who accidentally contributes to the death of a man and conceals it in an effort to retain custody of his adult son with Down syndrome.

The film will be produced in partnership with Sanjay M. Sharma and Milan Chakraborty of Marginal MediaWorks.

“Has Been Beauty Queen” was written by Jennifer Gerber and Samuel Brett Williams and will be directed by Gerber, according to the release. The film will be a semi-autobiographical retelling of the true experiences of Gerber growing up in Hot Springs as a teenage beauty queen with a bipolar mother.

The film will be produced in partnership with Summer Shelton, an independent producer, and will be shot in Arkansas, the statement said.

“Dealing with Dad” was written and will be directed by Tom Huang, according to the release. The comedic drama will center on an Asian American family who are looking to cope with the new realization that their elderly father is suddenly struggling with depression.

The film will be produced by Tanner Kling, Alan Pao and Brian Yang with executive production by Effie Brown. He is currently filming in Los Angeles, the statement said.

“We are delighted to present BWE as a way to continue BFFoundations’ vision for supporting artists beyond the established festival and programs throughout the year,” said Wendy Guerrero, President of the Foundation and of the film festival. “We are creating a tangible pipeline for filmmakers, giving them the resources and opportunities to bring their stories to life.”