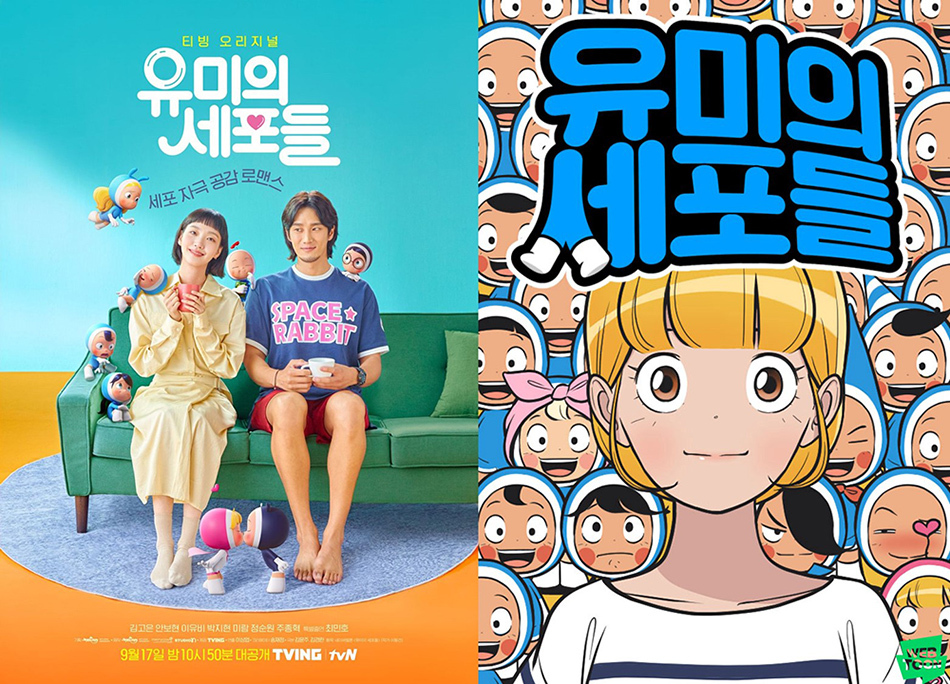 Lee Sang-youb, who directed the tvN-based webtoon drama “Yumi’s cells”, didn’t expect to receive many compliments about the series after the end of the first season, knowing that its adaptation of the comics Beloved original webs might disappoint some fans.

“Because the original webtoon, written and drawn by author Lee Dong-gun, was such a popular work and loved by many readers, I was very worried and had a lot to consider. But I was happy to hear that the first season of ‘Yumi’s Cells’ was produced well in that it was very similar to the original web comics, ”Lee said in an online interview with reporters on Friday.

The webtoon has racked up over 3.2 billion views and over 5 million comments over the past five years.

The drama series, a combination of live action and animation scenes, follows Yumi, a woman in her 30s, navigating the ups and downs of everyday life and her 200 brain cells. Cells, which appear as animated human-like characters, control Yumi’s emotions, thoughts, and actions.

When choosing the actor for the role of Yumi, Lee looked for a person with positive energy.

“During the process of finding the actor to become our Yumi, we looked for actors of the same age as Yumi. The actor also had to show positive energy, which is the original character’s greatest charm. Kim Go -a was our response, ”the director said.

“I wasn’t sure the actors matched the characters until I read the script for the first time. But I was impressed with both actors Kim Go-eun and Ahn Bo-hyun from the first episode until the end of season 1. I’m honored and happy to work with such gorgeous actors, ”Song added.

Song, who is widely credited with working on hit dramas including “W” and “Queen and I”, shared an interesting story about why she chose “Yumi’s Cells”.

“Working with the script for ‘Yumi’s Cells’, I recognized that I had written many projects that were closely related to stories on new dimensions. Like “Queen and I” and “Memories of the Alhambra,” I was drawn to “Yumi’s Cells” because it was also a series involving different dimensions, ”Song said.

The director, when asked what he thought of the first season, said the excellent performance came from incredible teamwork.

“When we formed the production team for the show, most of our staff were already huge fans of the original webtoon. Some people have told me that they might get angry if other people do. working on this project. Everyone was very eager to deliver the energy and the beautiful stories of the original ‘Yumi’s Cells’ and I think viewers recognized our efforts, ”Lee told the Korea Herald.

Although the production was difficult, co-writer Kim Yun-ju was sure viewers enjoyed the dramatic version.

“I was very nervous and felt the pressure on how viewers and fans would view our ‘Yumi Cells’. But I felt relieved after watching myself enjoy the first episode,” said Kim.

Season 2 of “Yumi’s Cell” is currently in production and the release date has yet to be confirmed.